No members of the public were present for the meeting.

Cllr Whittle opened the meeting and welcomed everyone.

Confirm the Minutes of the previous Meeting

It was resolved to approve the minutes and ratify all decisions made at the meeting held on Monday 3rd October 2022. The Chair, Cllr A Whittle, signed them as a correct record.

Cllr Chopak sent apologies that she cannot attend today but reminded the Council of the Area Network Fund. This is already in the plan for Grimscott. Cllr Chopak also reminded Councillors of the Dogs on Beaches consultation. There is also the Council meeting on the 29th re electing a Mayor for Cornwall. Cllr Whittle expressed his concern that this was a major constitutional change and if this change took place, would the extra funding that was supposed to follow actually materialise. Cllr Chopak also stated that the Crematorium application was approved 7 votes to 4.

There were no members of the public in attendance.

Launcells Parish Council received £2,000 grant for the Red Post bus stop lighting – this covers the whole cost, however there may be an issue due to the quote being obtained some time ago and costs may have risen. Cllr Whittle proposed that Launcells Parish Council make up any shortfall – if there is one. Seconded Cllr Pollard. Unanimous.

Launcells Parish Council received an email from a parishioner concerning the renovation of Hersham Bus Shelter. It is now cleared of Ivy and the new windows installed. The parishioner has a friend who is a Mosaic Artist from Holsworthy and they are thinking about decorating the inside/outside with Mosaic Art with the locals involved making them as she runs Workshops. This could be done in the Parish Hall and all ages could be involved in making the Mosaics.

A CCTV camera is to be placed pointing at the Red Post. Due to this we will register with the ICO and pay the fee of £40. Cllr Whittle will compose a protocol / policy for use – data storage, access etc
It was proposed by Cllr Whittle that the camera is installed, registration with the ICO is completed and a policy / protocol is drafted. Seconded Cllr Minter. Unanimous. Cllr Pollard will progress with the installation.

A member of the public had a traffic incident at Launcells Cross and wrote to County Highways and copied Launcells Parish Council into the correspondence. In the correspondence he mentione3d the sun reflecting on a mirror. Launcells Parish Council requested a response from Mr O Jones. Mr Jones responded that mirrors are not installed by the Highway Authority and policy is that mirrors should not be located within the limits of the highway as they can present a hazard. Cllr Whittle will discuss this policy with Mr Jones and consider the legal implications of installed mirrors.
It has also been pointed out that the hedge is overhanging the road due to its width and cutting this back may help to increase visibility. The Clerk will liaise with Cllr Cleave on sending a request to the hedge owner and Cllr Whittle will discuss this with Mr Jones also.

There was an email from a parishioner concerning the plaque that accompanies the tree planted in the bottom right-hand side of the Parish Playing Field - looking towards the swings. Upon this was written a date and name of the family connected to this land and the Parish community. The parishioner believes a new plaque would be good so people using the playing field could appreciate the history of the place.
Cllr Tape took some cleaning product and scrubbed the stone plaque but felt it needs a better clean. Cllr Stokes will pressure wash the plaque to see if it can be somewhat restored.

The parishioner also suggested memorabilia from the Carnival that used to be held in the field. This suggestion will be passed to the History Group.

The parishioner also offered the Council a Red Oak sapling for the playing field from acorns she collected in London. The Clerk will contact the parishioner for details.

The Defib pads at the Hall have been replaced and Launcells Parish Council received a cheque from the Parish Hall Committee of £215.28 to cover the cost. Cllr Whittle thanked the Parish Hall for their generosity. Cllr Whittle will now look at maintenance for the second defibrillator at the Red Post Inn.
Launcells Parish Council believe it is time to revisit training re the defibrillator for next year. Cllr Whittle will enquire on social media as to whether there is the possibility of free training.

The Boundary Commission consultation on proposed new constituencies does not affect Launcells Parish Council therefore the Council declined to comment.

Launcells Parish Council received an email from the parishioners that volunteered to care for the 2 planters at the Red Post end of the village. They have given 6 months’ notice that their stint has come to an end. They will not require reimbursement for this year’s flowers – they will donate these to the village – and they will continue to care for the planters over the winter.

An advert will be placed in the parish magazine asking for volunteers and a thank you letter sent to the parishioners for their help.

The Darley oak seedlings are ready to be delivered to their final planting location and an address is required as to where and who the tree is to be delivered to. Given the size of the tree they can provide a metal cage and stake to give it some protection from people and mowers and they also ask that the Council take some picture for them to include it in their newsletter. Cllr Stokes agreed to have the tree delivered to his address.

Cllr Whittle suggested funding for an allotment. In order to assess if there is any interest it was proposed by Cllr Whittle that a short piece will be placed in the parish magazine requesting parishioners that have an interest email their interest to the Clerk email address. Seconded Cllr Cleave. Unanimous.
Other ideas were development of the common ground into a peace garden etc with benches. Cllr Whittle and Cllr Wingard will assess viability and walk the commons.

Thank you to Clerk, I Saltern

Cllr Whittle will send I Saltern a thank you.

To receive oral or written reports and authorise any action

It was proposed by Cllr Whittle that the Clerk, J Gray, be added as a signatory; the previous Clerk be removed; that banking shall change to online banking; and Cllr Pollard will be added in order to be a signatory on internet banking. Seconded Cllr Pollard. Unanimous.

Councillors will have a dedicated Parish email address for Council business. The Clerk will set these up.

After looking at the budget and consideration of increased prices it was proposed by Cllr Whittle that the precept be increased by 10%. Seconded Cllr Pollard. Unanimous.

Urgent Matters raised with the Chairman since the Agenda was published.

The Hall has water damage. Cllr Tape will obtain pricing of repair on behalf of the Hall Committee.

During the meeting it may arise that publicity would be prejudicial to the public interest by reason of the confidential or special nature of the business to be transacted and the press and public will be instructed to withdraw.

When this arises, the Chair will recommend to consider passing the following resolution: “to resolve that in view of the confidential or special nature of the business to be discussed, the public are excluded and instructed to withdraw.” 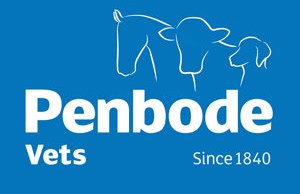 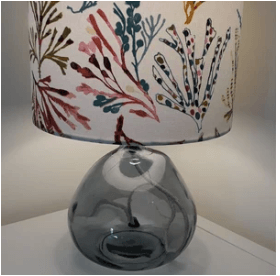